STI moved 21.02 points higher today at 3278.00. It had bullishly engulfed yesterday's candlestick and loss. STI is pulling itself above and away its May 2018 downtrend line.Watch if STI can test 3298, current channel top. 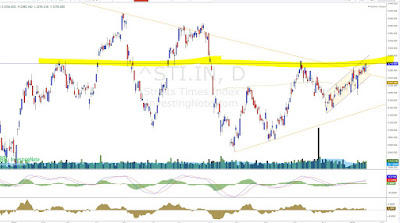 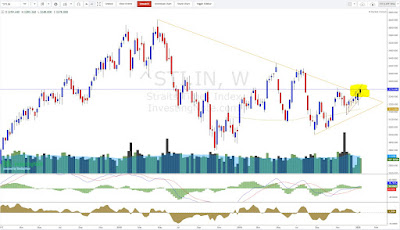 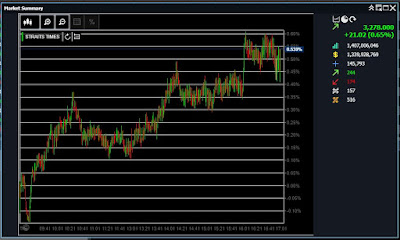 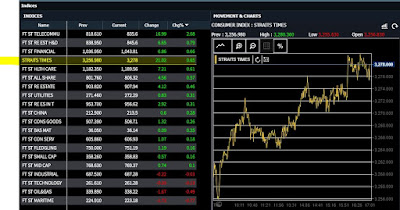 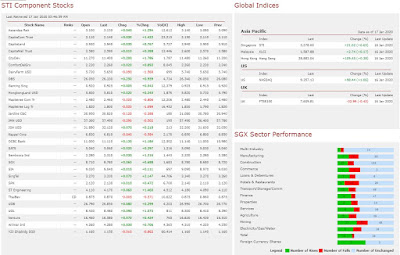 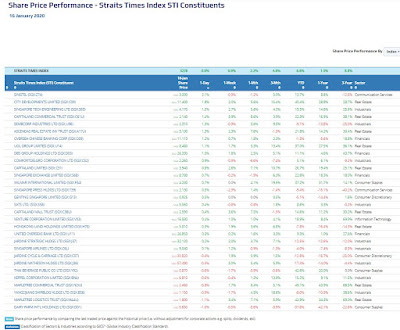 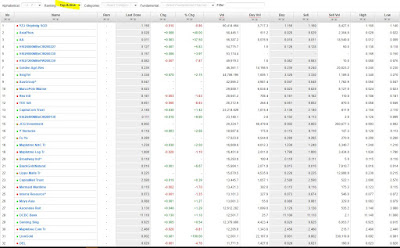 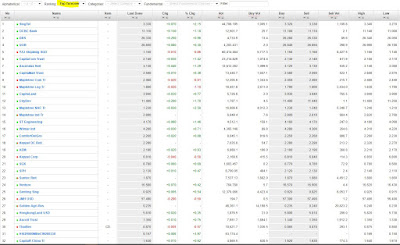 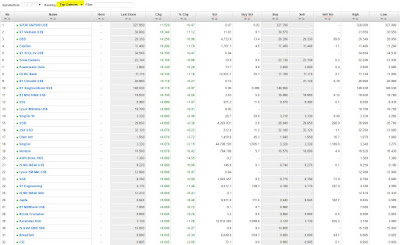 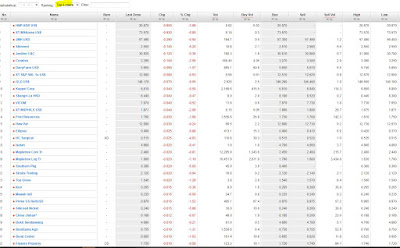 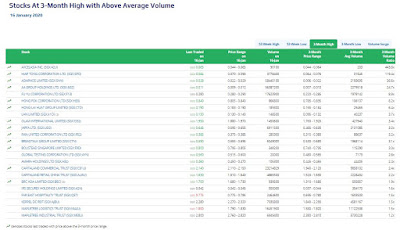 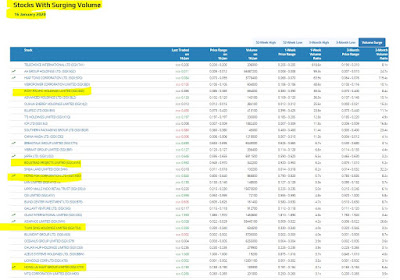 THE signing of the US-China trade agreement provided positive impetus for most Asian markets on Thursday, with Singapore's Straits Times Index (STI) among the indices that ended higher.

In Australia, the S&P/ASX 200 Index jumped 0.7 per cent to a new all-time high. South Korea's KOSPI closed 0.8 per cent higher, while Hong Kong shares ticked up 0.4 per cent.

Trading in Japan was mixed, with the Nikkei 225 Index creeping up 0.07 per cent, while the Topix Index retreated 0.14 per cent.

A reason for Chinese investors' muted reaction could be that the "Phase One" deal's positive impact appears limited for their economy. It leaves in place nearly all of the existing tariffs and outlines substantial purchasing targets that China will have to meet, while skirting numerous other issues between the two countries.

However, it does include some items that could impact the market in the near to medium term, such as pledges by China to avoid manipulating its currency and to remove barriers to its financial services market for US companies, noted IG Markets analyst Pan Jingyi.

"While we have yet to see the slew of economic data into the end of the week, including China's Q4 GDP, this latest node in confirming some middle ground between the two sides nevertheless is a positive sign," she said.

In the Singapore market, Yangzijiang Shipbuilding was the top traded counter, falling one Singapore cent or 0.86 per cent to S$1.15 with 60.4 million shares changing hands. It was one of eight STI counters that finished in the red on Thursday.

Singtel led the remaining STI constituents to end higher, continuing its climb from the previous session. It closed up seven Singapore cents or 2.15 per cent to S$3.33.

Along with NetLink NBN Trust, the telco was a top pick for DBS in a Thursday report on the Asean telecom sector. The DBS analysts noted that Singtel is attractive at a 24 per cent holding company discount, compared to a 14 per cent historic average, and this could narrow with the turnaround of its associate Bharti Airtel.

DISCLAIMER:
Hey,
All information updates, tables and charts are for informational purposes only; they are not intended for trading purposes or advice.
We do not and cannot guarantee the accuracy of the information.
Please consult your broker or financial representative to verify pricing before executing any trade.
We are not liable for any actions taken in reliance on information contained herein.
With best regards,
Martin